A document dated 1806 indicates that the Wierzbicki family used the Jastrzębiec coat of arms.

The document is not entirely legible, but we were able to partially read:

"The year 1806 of the month of February 29th Day of Such Genealogical Line of the House of Born Wierzbicki of the Jastrzębiec Coat of Arms on...these.... of the following Juditialiter Decree we condense

The author of this document also created a family tree of the Wierzbicki family, as both the coat of arms and the trees are drawn up on one sheet of paper.

Jastrzębiec was one of the most widely used Polish coats of arms - according to the current state of knowledge, 1740 names authorized to use it are recorded in the sources.

The coat of arms is characterized by the fact that on the shield in the blue field is a horseshoe of gold, with the ends turned straight up, and a cross in its center. On the helmet above the crown is a hawk, with wings slightly raised to flight, facing the right side of the shield, with bells and fetlocks, and in its claw the right hand holds a horseshoe with a cross like that on the shield.

The legend of the origin of the coat of arms tells of brothers who, having invented special horseshoes, climbed with their army to the icy summit of Bald Mountain and there defeated the pagans.

The earliest heraldic source mentioning the coat of arms is Insignia seu clenodia Regis et Regni Poloniae, dated 1464-1480 by the Polish historian Jan Długosz, who counts it as indigenously Polish. He records information about the coat of arms among the 71 oldest Polish noble coats of arms. 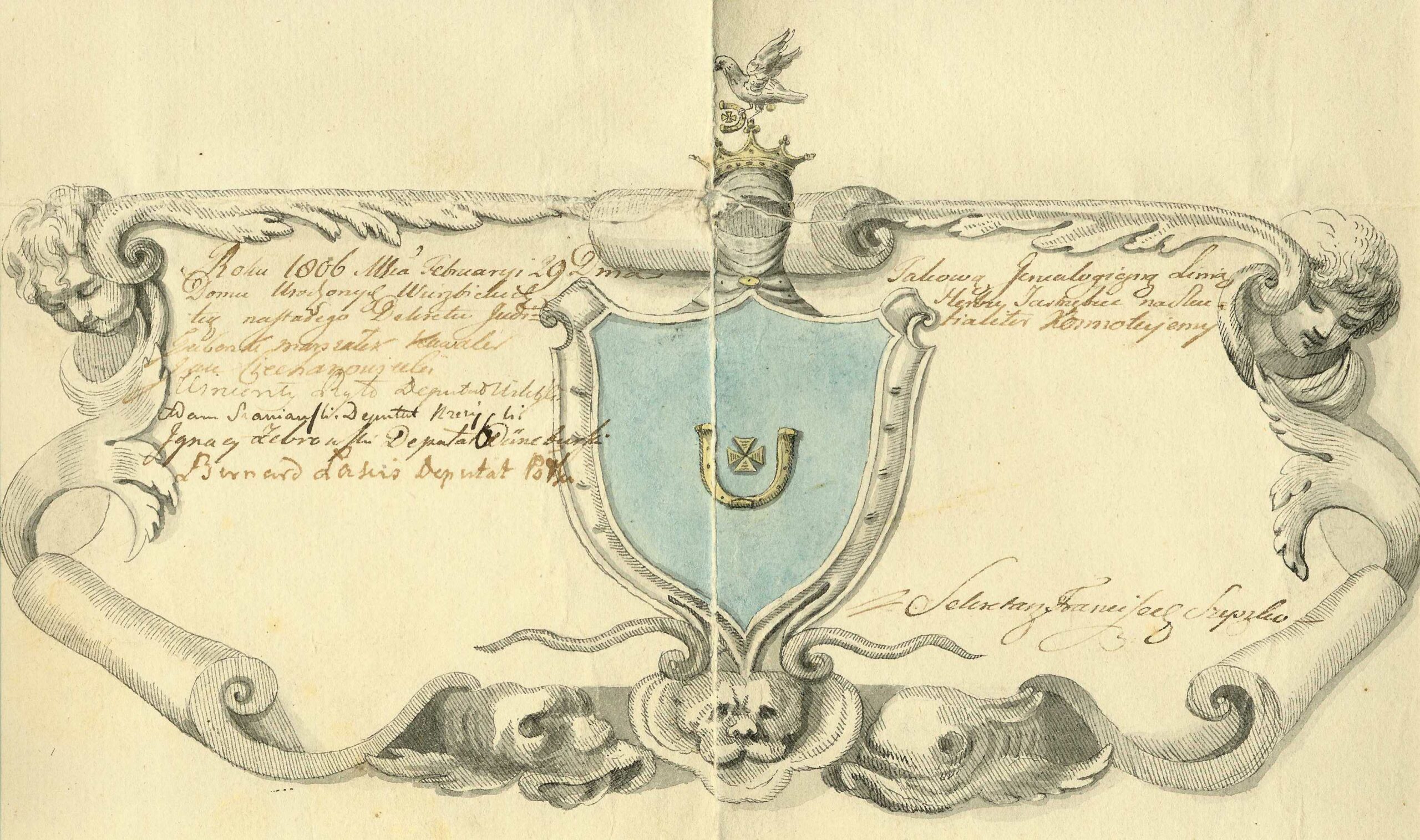 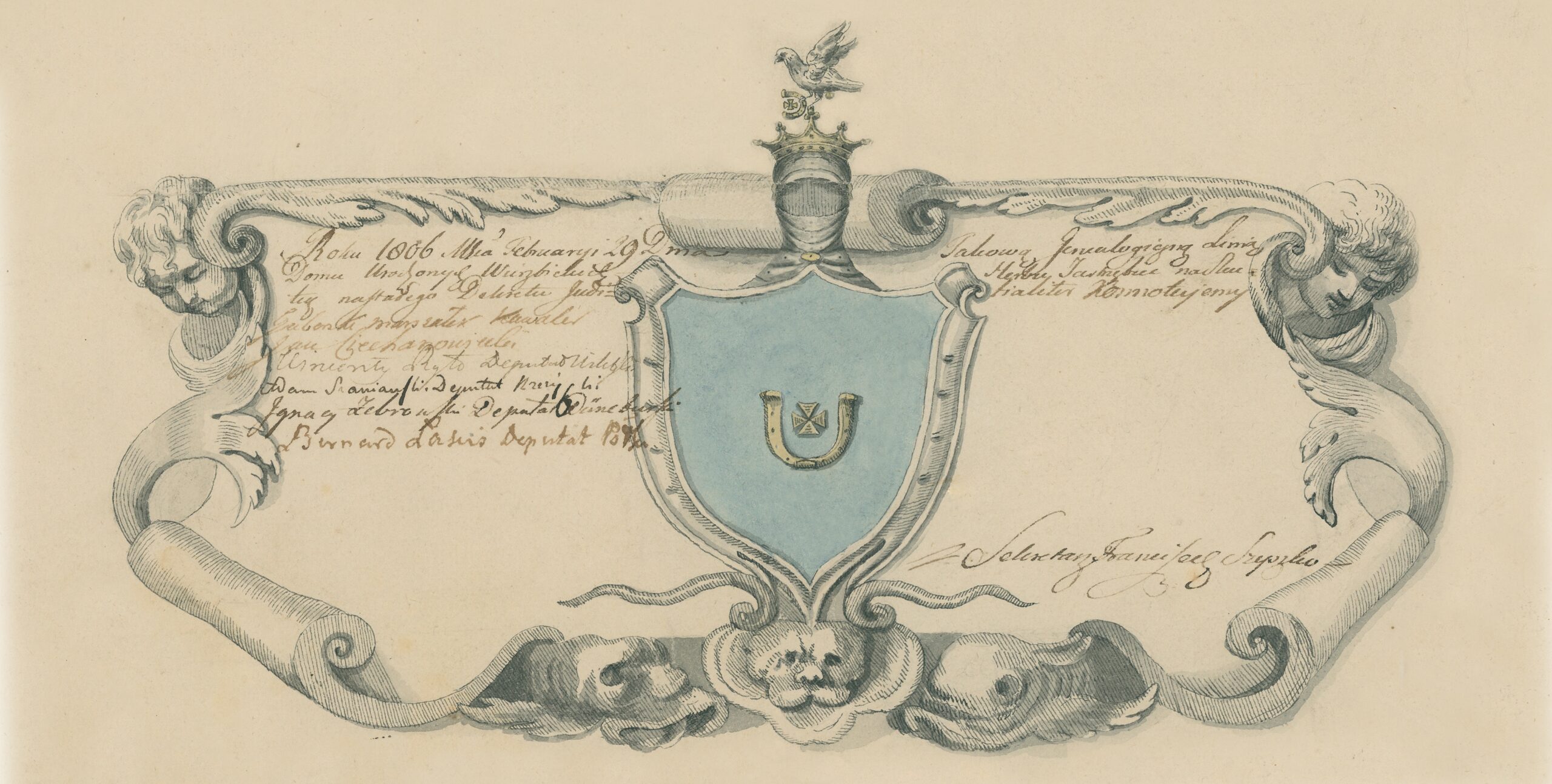